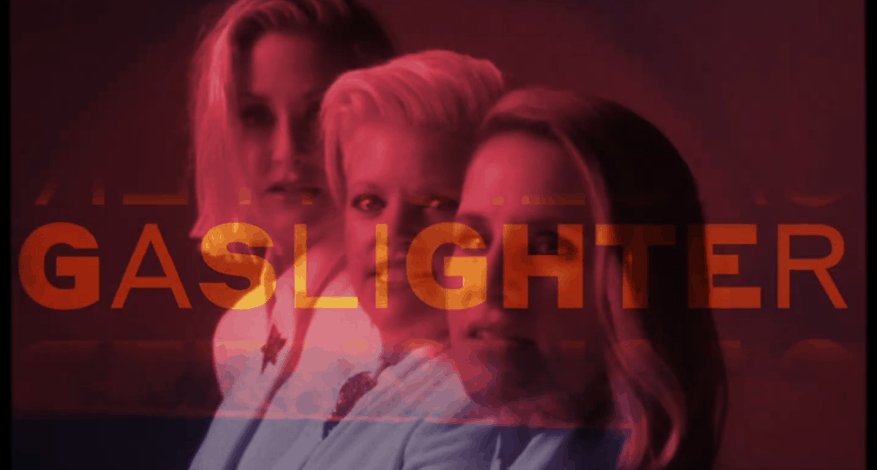 Gaslighter, the new release from The Chicks, is climbing up the charts and getting plenty of attention. The song’s title and lyrics also raise important awareness about the dynamics of intimate partner abuse.

Maybe you’ve never heard the term gaslighting or wonder exactly what some of the lyric lines mean. We’ve analyzed everything here, verse by verse. Even though this song has been released to the public space, we won’t consider if the band’s lyrics reference a particular survivor or abuser. For that, we’ll honor confidentiality and await comment from the band. Ok, here we go…

Gaslighter, denier
Doin’ anything to get your a*s farther
Gaslighter, big timer
Repeating all of the mistakes of your father

“Gaslighting is when your emotions, words, and experiences are twisted and used against you, causing you to question your reality. Once an abusive partner has broken down your ability to trust your own perspective, you may be more vulnerable to the effects of abuse, making it more difficult to leave.” (via the National Coalition Against Domestic Violence)

We moved to California and we followed your dreams
I believed in the promises you made to me
Swore that night ’til death do us part
But you lie-lie-lie-lie-lied
Hollywood welcomed you with open doors
No matter what they gave you, you still wanted more
Acting all above it when our friends divorced
What a lie-lie-lie-lie-lie
You’re such a

Moving to another town or state, away from the support of family and friends, is often “the first step an abuser uses to convince a victim that their controller is the most important person in the world. By using isolation as a method to cut off family and friends, the abusive partner has a greater amount of control in the relationship.” (via breakthesilencedv.org)

The term gaslighting comes from the 1938 stage play Gas Light, “in which a husband attempts to drive his wife crazy by dimming the lights (which were powered by gas) in their home, and then he denies that the light changed when his wife points it out.” The movie adaptation in 1944 secured an Academy Award for Ingrid Bergman.  (via National Network To End Domestic Violence)

You thought I wouldn’t see it if you put it in my face
Give you all my money, you’ll gladly walk away
You think it’s justifiable, I think it’s pretty cruel
And you know you lie best when you lie to you
‘Cause, boy, you know exactly what you did on my boat
And, boy, that’s exactly why you ain’t comin’ home
Save your tired stories for your new someone else
‘Cause they’re lie-lie-lie-lie-lies
Look out, you little

“Financial abuse, while less commonly understood, is one of the most powerful methods of keeping a survivor trapped in an abusive relationship and deeply diminishes the victim’s ability to stay safe after leaving an abusive partner. Research indicates that financial abuse occurs in 99% of domestic violence cases.” (via National Network to End Domestic Violence)

“When children grow up witnessing domestic violence, they carry a lifelong burden. This early trauma may impact their development, emotional regulation, and mental health. But one of the saddest outcomes is that children who witness domestic violence grow up to have a greater risk of living in violent relationships themselves, whether as victims or as perpetrators.” (via Urban Child Institute)

“The Burning Bed” was a 1984 made-for-TV movie starring Farrah Fawcett and Paul LeMat. The movie dramatized the true story of Francine Hughes Wilson, who was found not guilty by reason of insanity after setting her abusive ex-husband on fire as he slept in 1977. The National Coalition Against Domestic Violence was founded the following year. More than a decade would pass before Congress amends the Victims of Crime Act to include victims of domestic violence.

Gaslighter, I’m your mirror
Standin’ right here until you can see how you broke me
Yeah, I’m broken
You’re still sorry, and there’s still no apology

“Many abusers misuse the court system to maintain power and control over their former or current partners, a method sometimes called “vexatious” litigation… to keep their victims coming back to court to face them…The process costs money and time, and can further traumatize victims of intimate-partner violence, even after they have managed to leave the relationship.” (via this article from The Atlantic)

The links below will open pdf documents for printing on letter-size paper.

Holden, a certified yoga instructor on our staff,

Some pretty purple light photos to close out #purp

Just a few pics from our team across 17 #kentucky

Take a moment to reflect on you through love and k

Thank you @govandybeshear for showing that you #Su

If you want to fly, give up everything that weighs

Relax and unwind. Surround yourself with something

The color purple is meant to be a symbol of peace,