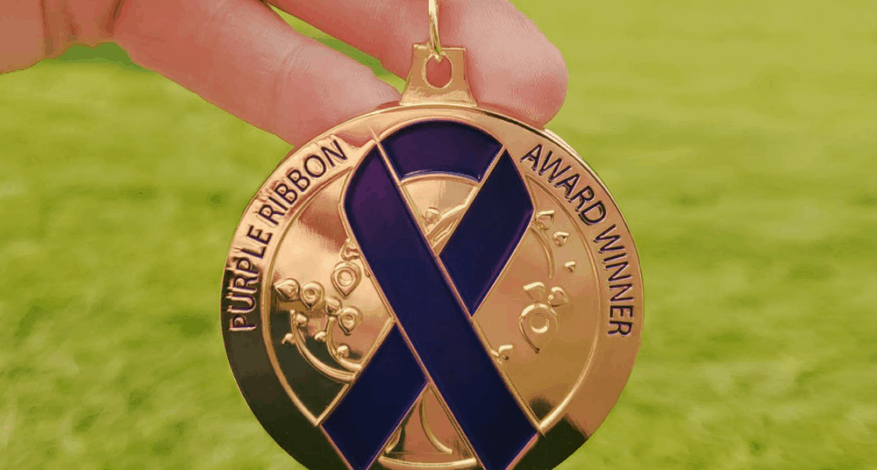 GreenHouse17 Named Program/Shelter of the Year

GreenHouse17 has received the Purple Ribbon Award for Program/Shelter of the Year. The award includes a $10,000 grant from Theresa’s Fund, a leading organization in the mission to support survivors of domestic violence.

“The pandemic has created so many challenges and barriers for survivors of intimate partner abuse, and our organization has remained operational 24-hours a day throughout the response,” says Darlene Thomas, Executive Director of GreenHouse17. “Receiving this award during such a difficult time really matters, and it’s especially meaningful because the award winners were selected by fellow advocates.”

Launched by Theresa’s Fund, DomesticShelters.org and experts in the field, the Purple Ribbon Awards is the first comprehensive program honoring shelters, programs, volunteers, and survivors committed to ending intimate partner abuse. Gold medallions were awarded to notable nominees across 28 categories earlier this year. GreenHouse17 also was recognized for its innovative farm program and annual/impact report.

The highest scoring award winners were then reviewed by the Theresa’s Fund team and its directors, who had the discretion to select the number of grantees. More than 650 people from 58 states/provinces and 10 countries attended the awards celebration and announcement of grant winners on September 15.

“There is so much great work being done by so many people in the domestic violence field,” said Jeff Vahldick, member of the Theresa’s Fund Board of Directors. “The work of the six grantees is truly exceptional and inspiring, and each of their stories conveys a powerful message to learn from.”

“The Purple Ribbon Awards is accomplishing its purpose, and we couldn’t be more delighted,” said Ashley Rumschlag, Vice President of Digital Services. “First, we’re celebrating the people who have poured their professional lives into helping victims and ending domestic violence, and second, we’re sharing great examples that will inspire the field to continue to improve.”

Theresa’s Fund is an Arizona-based 501(c)3 nonprofit charity started in 1992. The organization developed the DomesticShelters.org concept in 2014 as a way to expand its reach to people across the U.S. and Canada. More at this link.

DomesticShelters.org is the first online and mobile searchable database of programs and shelters in the U.S./Canada, and a leading source of helpful tools and information for people experiencing and working to end domestic violence. More at this link.

Thank you to Texas Roadhouse on Richmond Road for

It was a lovely, fun, and empowering weekend at th

We are honored to be awarded the Salute to Small B

Thank you to our Flower CSA community partners! Th

“I have really sweet kid memories of laying down

Tonight I picked flowers with a sweet 7-year-old a

We were able to gather supplies and drop them at t

"I really liked being in the sun today. It gave me